The Young Writer - Issue One
Skip to main content

Hello and welcome to the very first issue of The Young Writer.

This month we’ll be featuring:

– Creating a character based on yourself. 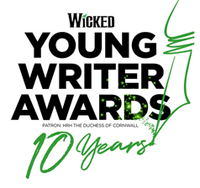 Competitions are fun to enter, give you a reason to write and a deadline to write to. Many competitions for young writers are free to enter and have fabulous prizes. So, we thought we’d take a look at The Wicked Young Writer Competition which closes in March giving you plenty of time to write and polish a great story to send in.

What can you win?

This competition is free to enter and there are some really amazing prizes for the winners including:

This year the head judge is Children’s Laureate and author of How to Train Your Dragon, Cressida Cowell.  To help you write the best story you can she’s put together some cracking tips on story writing.  It maybe an idea to watch her video several times and make notes the second time through. There’s loads of great advice here, but it’s a lot to absorb in one go.

When you enter you must take note of the following so you don’t get disqualified:

Word limit: 750 words – not including the title.  Don’t worry it doesn’t have to be 750 words, being under is OK. But whatever you do, don’t go over the limit – your entry will be disqualified.

Age: you must be aged between 5-25 when you enter. There are different age categories, so you won’t be going up against someone a lot older and more experienced than yourself.

Writing must be original and your own ideas – so no fanfiction.

Your piece cannot have been previously published.

The judges are looking for: originality, narrative, descriptive language and characterization.

Include your name and age on the entry form.

You must be resident in the UK.

Make sure you stick to these few rules – if you don’t, you WILL get disqualified.

You can send stories and poems and there is a special non-fiction writing award for 15-25 year olds.

You have to register online, but can send your entry by post or upload it through the website.

If they are available, read the winners of the previous year’s competition. This will give you a good idea of the sort of writing the judges are looking for.  Read last year’s short list for The Wicked Young Writer competition here.

If you’d like to get a nationally recognised qualification whilst developing your creative writing skills then check out our Bronze Arts Award programme. If it appeals, show it to your parents or guardian to see if they will enrol you.

I wanted to make my own decision. As I stared into the empty nothingness of the black ocean, named that way because no matter the time of day the water was always black, my mind wandered and floated like the boat we had set sail on. I didn’t choose this life, but the captain was my father, so I had no other place to go. Especially not now that we had set sail into the most dangerous ocean on the planet and we were most likely going to die. As my mind continued to wander, it came to Harry and Commander Julia and I couldn’t hold back the tears it brought to my eyes.

Harry was the first person I had met in the military training camp, before my father deserted and forced me along with him. No matter the struggles or the fights, Harry was always there for me and now I was never going to see him again. Even now, as I leaned on the low barrier of the crow’s nest, I imagined his arm around my shoulder and him cheering me on to get through my struggles because it would all be better in the end. But I had a foreboding sense that things wouldn’t get better. Not for a long time. I probably wasn’t going to see him or the Commander ever again.

Commander Julia was the toughest teacher in the camp. The Castorian Navy prided themselves on their ability use a cutlass and the bow, and no one prided themselves more on that those things Commander Julia. I hated her at first because the brief, but highly intimidating look she gave you if you got something wrong. But that intimidating look pushed all of us to be better than any other group and, eventually, we grew to respect her methods. I was going to continue my cutlass training under my father now, but I would have to find a way to continue my archery training myself.

The waves lapped around the sides of the ship and I could see a small dot on the horizon. I thought nothing of it at first, but then I saw that it was the shape of another ship. Ships in the black ocean were always either Castarian Navy, who didn’t take kindly to pirates, or other pirates, who would try to take whatever we had, trying to kill us in the process. I scrambled down the ladder to the deck, bustling with crew members, to warn my father of the approaching threat. I, however, was not to get there without being questioned by Richard, a bulky man who could easily kill me if he felt like it. Thankfully, he didn’t feel like it on this occasion.

“Where are you off to, boy?” he put an unnecessary amount of emphasis on that last word.

“Ship in the distance. The captain may want to know about that. We all know what other ships mean in the black ocean.” I replied with mock confidence, hoping he wouldn’t notice the small quiver in my voice.

“What kind of ship?” The only reply he got to that was a confused look from me.

“Pirate or patrol?” he eventually asked, impatience creeping into his voice. I told him that it was too far away to identify, which was not the right thing to do. He grabbed me by collar of my torn-up shirt and drew his face an inch in front of mine. He spoke in a low and quiet, but endlessly intimidating voice.

“You can’t even identify the ship and you think this information is relevant to the captain? You would be dead where I hold you if you were not his son, now get back up there and identify that ship!” he threw me to the ground, and I followed his order.

As the other ship drew closer, I began to identify the blue and black stripes on the sail as well as the green paint that identified it as a Castarian Navy Patrol ship. I once again scrambled down the ladder and was stopped by Richard.

“Did you identify that ship?” he asked in the same intimidating tone as before.

“Castarian.” I replied quickly before dashing to my father’s quarters.

I slammed the door open and I heard the sound of steel moving against leather as my father drew his cutlass. My hand instinctively dropped to the hilt of my own curved blade, but my father didn’t care. He put his weapon back in its sheath before asking what I was there to tell him. I caught my breath and gave the report.

“There is a Castarian Navy patrol headed our way Captain. We should prepare to be attacked.”

“Well what are you waiting for?” he replied in a gruff voice. “Tell the rest of the crew, get back to your post and make that hag Julia useful by using those archery skills she taught you!” I was going to tell him Julia was not a hag, but I decided I should focus on surviving this attack and I would talk to him about it later.

Back up in the Crow’s Nest, I nocked an arrow as the ship grew closer. I drew my bow and was about to release when I heard something slam into the barrier of the Crow’s Nest. It wasn’t like a Castarian archer to miss a shot, so I looked down at where the noise had come from and saw an arrow with a piece of paper attached to it in the wood. I pulled it out and ducked behind the barrier to read the note. It read:

We’re coming for you, Will

Thank you MB for giving us permission to share this exciting story.

If you have a story, a poem, or a non-fiction piece you’d like to share with the Budding Writers community please send it to: buddingwritersuk@gmail.com  Please also include your age and name.  If we use your work then we’ll send you a £5 Amazon voucher.

If you love to write stories then why not take a look at our FREE How To Write Better Stories Online course ? If you’re under 16, check with your parents or guardian to make sure they are happy with you signing-up for it.

One of the tips that Cressida Cowell gives you in her video on the Wicked Young Writers Competition site, is to base your characters on people you know and care about. So you can take traits from your Mum or Dad, brother, sister or best friend. You can even build a character on yourself if you like. The following three-step exercise is one we have used in our Creative Writing Club, doing just that.

1. What are your main character traits? Are you slow and methodical, or always in a rush? Are you competitive? Do you get upset if you don’t win a game, or are you okay just playing for fun? Are you adventurous? Do you like doing new things every day, or are you more of a home-bird who prefers familiar surroundings and a regular routine?

Write a paragraph about yourself. Be as honest as you can – nobody else will read it. And if you’re truthful with yourself, you’ll end up with a better, more interesting, more rounded character, which, in turn, will make for a better story

Do this quickly – give yourself five minutes to complete.

2. Now, pick a member of your family who likes to boast about you – could be your Mum, or your Dad, maybe your Grannie … Imagine they’re describing you to someone you’ve never met. What do they say?

Write a paragraph of their description – and again, give yourself five minutes to finish.

3. Look back at the two paragraphs you wrote. But try to imagine this person as someone other than yourself - a fictional character. And think; do they have to be the same gender as you? Are they the same age? The character traits are the same, and what someone from their family said about them is the same, but they’re not you. Can you imagine what they look like? What’s their name?

Now, as quickly as you can, write a short few sentences about this character, describing what they look like and the kind of things they like to do.

Voila! You have an original character based on yourself.

That’s all from us this month. Have a wonderful Christmas and New Year and remember – keep on writing!

We do not share your information with any other person or organisation. We will only use your details to send you updates about our courses and information about writing. For more details on how your data is used and how to be removed from our list please see our privacy policy.
We suggest moving this party over to a full size window.
You'll enjoy it way more.
Close
Go Fullscreen